One of the most beautiful places in Greece!

Skala Potamias is located about 3km away from Potamia and 11km from the capital of Thassos, Limenas. In Skala there is one of the most beautiful beaches on the island, Chrysi Ammoudia. As its name suggests, the beach has fine sand that in the sunlight looks golden and clear, blue waters. The place in recent years has become quite a popular tourism destination thanks to the many hotels and places of entertainment that exist.

IMPORTANT SIGHTS OF THE ISLAND

GIOLA
Outside of Astris, just 4 kms away, you can find Giola. This is a natural swimming pool very close to the seaside. Each sea wave slowly refreshes the crystal water of the pool. You can swim, dive into the pool from the natural rocky “steps” all around, or sunbath lying on the flat rocks beside. If you want to go there, just follow the road signs which will lead you off the main road, and through a ground road you will end up park your car on the top of a hill. Then you must walk your way down through a downhill route. There are signs all over the place, so you won’t get lost. The location will amaze you! 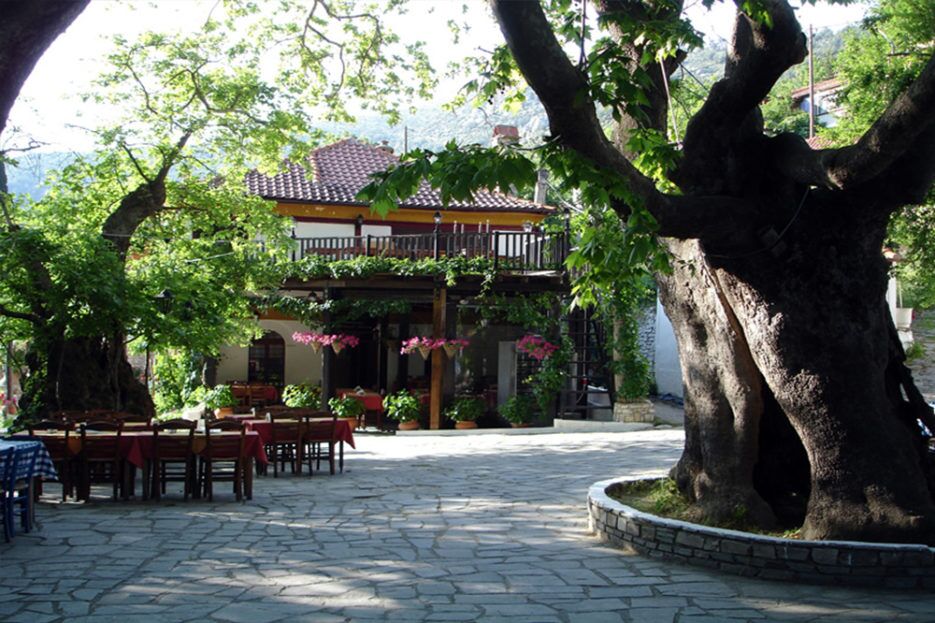 KAZAVITI
Kazaviti is one of the most beautiful mountainous villages of Thassos. Located very close to Prinos is suitable for tourism throughout the year, as it will travel each visitor to nature and back in time. The stone and wood dominate the buildings of the village and in combination with the rich vegetation of oaks, platanus and chestnut trees give a different aspect of Thassos. This aspect of Thassos is that not to have been touched by time and the traditional coffee shop in the village certifies that to the best possible way. Do not think however that time has stopped forever in this village, as young people with enthusiasm and, above all, love for tradition gave another impetus at Kazaviti by creating taverns offering rich meat dishes as well as rented lodgings for every taste! Finally, the religious element is not missing from this village and a visit to the church of Saint Panteleimonas will reward you. 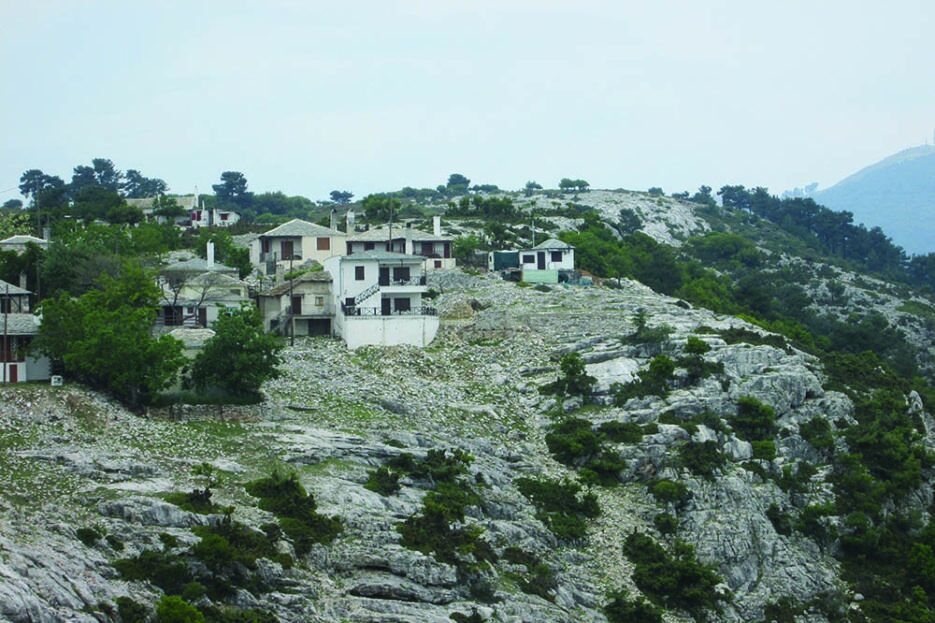 KASTRO ( CASTLE )
On one of the peaks of mountain Ypsario, on a longitude of 800m, lies the most ancient village of the island, Kastro. It took its name from the remnants of a castle that once stood there. It flourished in the years that piracy infested the Aegean Sea and was abandoned later when the locals found work at the iron mines of the Speidel company.At the villages’ square you can find the church of St.Athanasios. For many years the village was abandoned and it was until recently that local owners renovated their manors. In January,at the celebration of St.Athanasios, Kastro becomes vibrant and lively,as many Thassians join the feast with songs and food! Do not forget to visit the area called Apostoloi, where you can see the small waterfalls, and fresh up with a quick dive if you want! It is an amazing route from Kastro which lasts about 40 minutes on foot, through the deep green forest.

The Lake of Maries is a wonderful place for nature lovers and is recommended for a nice and peaceful walk. The environment is especially nice. It is definitely one the most important nature sights of Thassos.

Limenaria became commercially known due to its mines that started operating in 1903 by the german company Speidel. “Palataki” , which was the headquarters of the Speidel company at the beginning of the 20th century, is an exceptional specimen of local architecture. Later it was abandoned and only recently locals completed its renovation. The results are absolutely wonderful.

The beaches of Thassos can satisfy even the most demanding visitor. Most are organized and sandy, but you can also find pebble beaches.

THE 5 MOST FAMOUS BEACHES OF THASSOS

Skala Panagia is the largest beach of the island. It is 12km far from Limenas and 4km from Panagia and it is located in the eastern side of the island. The one tip of the beach in called Chrisi Akti which is a beach of Skala Potamia. It is popular and a great place of resort, with shoal clear waters. It is organized and it possesses a blue flag. Its name, “Chrisi”, means golden, by the colour that is reflected on the sand. Also, it is known as Avlakia or Skala Panagia. Its access and parking are easy accessed while it is also accessible by the disabled. The area is ideal for walks especially toward Skala Potamia. On the golden beach you will find many hotels, rooms for rent to stay in, taverns, camping accommodations and water sports.

Paradise Beach is one of the most popular beaches in Thassos. It was named after the exotic beauty and the forest that surrounds it. It is located in the eastern part of Thassos and it is 22km far from Limenas. The closest village is Kinira in a distance of 2km. The shore is sandy with shoal waters and with frequent waves. The sea color is green and blue that reminds of tropical places. Paradise Beach comprises an organized beach with many facilities such as deck-chairs, table boards and taverns as well as a beach volley court. In the past it was a beach for nudists, since it is not discernible from the road. However, the naturists usually swim in the margin without causing annoyance. The access is in particular easy and there are three parking places.

Alykes are between the northeastern beaches in Thassos, and are in a distance of 32km from Limenas. There are two gulfs in Alyki with beaches of pebbles, sand and crystal waters. Its gulfs are used as well as natural harbors from small fishing boats. The beach in the western side is a place of great resort and organized with lots of taverns that serve ouzo. The eastern beach is more quiet and not so busy. Next to the beaches there is a peninsula of archaeological interest, ideal for hiking. It is said that during the antiquity, it was the kingdom of Alyki with large population and a big port. The ancient hamlet has a particular archaeological interest as well as two old paleochristian basilicas and a quarry of marble. Probably, a great earthquake was the reason of the abrupt evacuation in Alykes.

Giola is a natural rocky pool, located in the region of Astris. It is one of the most beautiful beaches in Thassos! The height of the rocks reaches up to 8m from where swimmers can dive into the clear waters. The course towards Giola is tough and you will have to walk. In order to arrive there, drive from Poto to Astris. After hotel Aeria you will find a sign indicating to Sirens. Turn left and follow the dirt-road. After a while you will get to a beach. There, you can park your vehicle since the route becomes tougher. Ascend the road on your left, whose end you can park your car as well. From that spot, descend towards the shore. There are many signs with arrows showing the direction. We recommend a high four-engined or an off-road vehicle. The overall distance from the main road is about 2km.

Saliara (Marble Beach) is a small exotic beach in the northern side of Thassos. It is 5km far from Limenas. The beach is magnificent with white small pebbles and with a splendid color in the waters. It is an organized beach that it is really popular during the last few years. In order to go to Saliara follow the route to Makryammos. Just before the entrance of the hotel turn on your left in the dirt road. The road is wide and it has been improved enough, but you have to be careful. At the beach there is a parking area.
Make a reservation
Request Book now
Reviews
SHARE